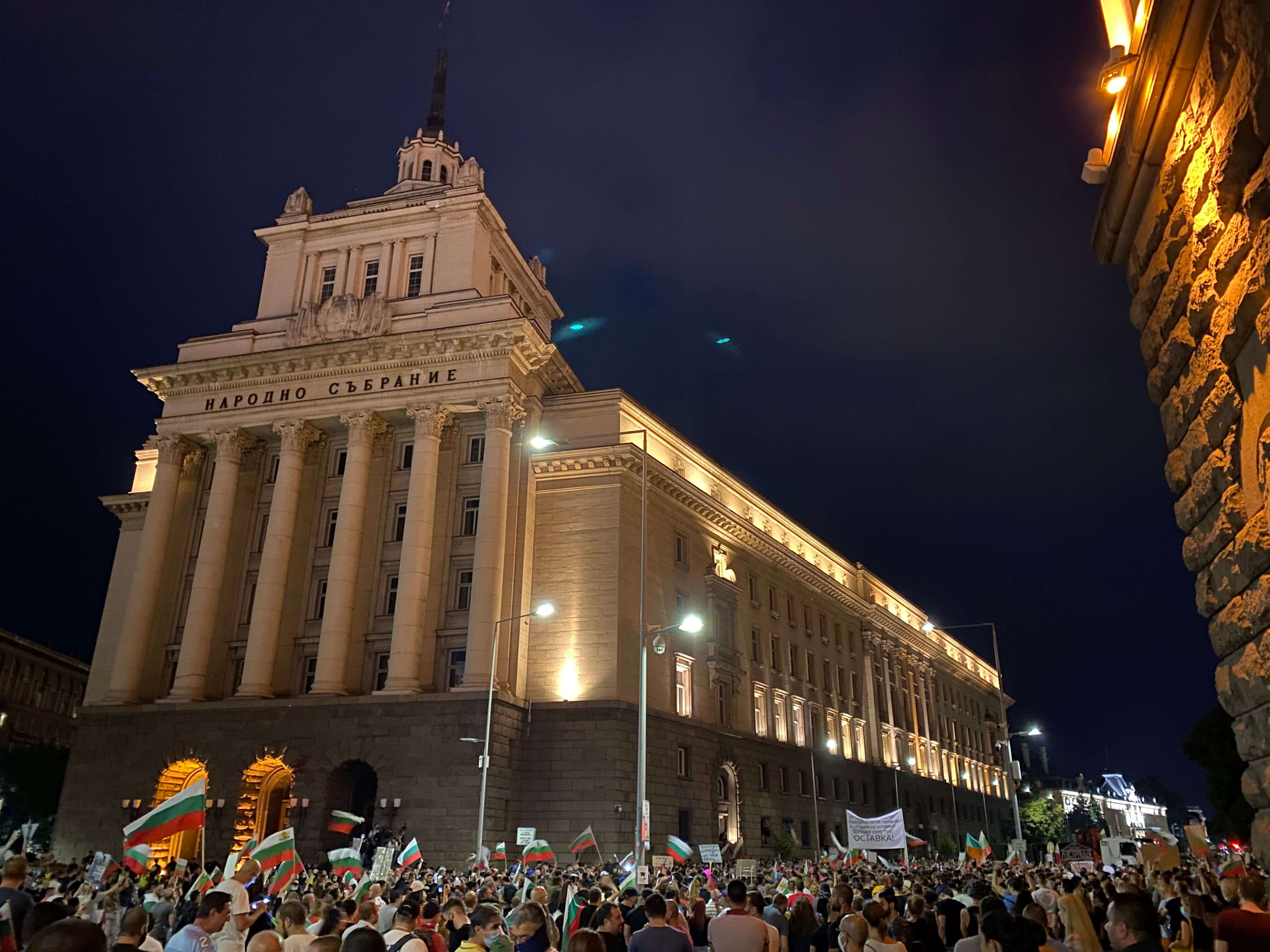 Backgrounder: Bulgaria's protests and the rule of law

By Jil Prillwitz, Communications and Research Associate at DRI.

For the past few days, tens of thousands of people have been protesting in the streets in Bulgaria. They are decrying the corruption pervading all levels of the state and demanding the resignation of the current government of Prime Minister Boyko Borissov.

Teodora Petrova, a researcher at the Max Planck Institute for Social Law and Social Policy in Munich, identifies two incidents that triggered the protests:

The first involved members of the National Security Service using force to block people from accessing a public beach bordering the luxury estate of a former MP. Describing these actions, Petrova asks: “Why were publicly financed guards preventing Bulgarian citizens from exercising their right to protest on a public beach?”

Following this incident, Bulgarian President Rumen Radev publicly called for an investigation into the possible misuse of tax-funded security personnel for personal interests. The next day, his offices were raided by prosecutors and police, in what “was seen as an attack on the rule of law in Bulgaria,” according to Petrova.

These incidents highlight deeper issues with the rule of law in Bulgaria, including illegal and arbitrary government action, corruption and concerns over judicial independence.

Petrova explains: “One problem, which involves heavy usage of EU funds, is the lack of transparency in public procurement. Very often, projects for huge amounts are awarded to companies which then do the work cheaply and ineffectually.”

She adds: “Another painful topic is the lack of sufficient measures guaranteeing the independence of the judiciary. However, the most topical issue nowadays is the overtly strong position of the Prosecutor General. Unfortunately, none of these issues represent any news in Bulgaria.”

The unrestrained power of the Prosecutor General

The Prosecutor General heads Bulgaria’s prosecutorial services. However, Petrova clarifies: “In reality, the role of the Prosecutor General is one of the most influential ones in the legal system. This strong position has been criticised by the Venice Commission for many years and was subject to several judgments of the European Court of Human Rights.”

The Prosecutor General is also a member of the Supreme Judicial Council, the body responsible for appointing, promoting and removing judges, prosecutors and investigators. This presence, as well as the large number of council members appointed by the parliamentary majority, raise concerns about the council’s independence. Because of its central role for the judiciary, a captured national judicial council can play an essential part in undermining the overall independence of the judiciary, as was seen in Poland.

Illegal investigation of the President

Amid the current protests, the Prosecutor General investigated the presidency and ordered the raid of its offices. However, the President – the ceremonial head of state – is protected from criminal prosecution by the Bulgarian Constitution. “Therefore,” Petrova concludes, “the raid of the presidency by the prosecution and police officials is constitutionally unacceptable.”

“The ongoing collision between the prosecution and the President already has some history,” she explains. “When the current Prosecutor General Ivan Geshev was nominated at the end of 2019 as the only candidate, the President refused to sign his appointment. The rejection occurred amid social protests claiming that the candidate was unfit for the role and was to serve as a protector of the interests of the ruling government.” In the end, the President was overruled by the Supreme Judicial Council.

Yet, only last year, the Commission lauded Bulgaria for its improvements on issues of corruption and the rule of law and vowed to end a monitoring mechanism that has been in place since the country joined the Union in 2007.

When asked how this can be reconciled, Petrova responds: “That is a very good question. The rule of law issues in Bulgaria are no less troubling than those in Hungary or Poland. The only difference, in my view, is that the Bulgarian government has a very pro-European stance. Should this, however, automatically entail improvements on the rule of law in the country?”

Next steps for the rule of law in Bulgaria

To some extent, the answers to Bulgaria’s rule of law issues are already there. The Venice Commission issued recommendations to curb the power of the Prosecutor General and reform the Supreme Judicial Council. It is now a matter of implementing such proposals and introducing “safeguard mechanisms, which preserve the proper functioning of the state institutions and the separations of powers,” Petrova concludes.

Democracy Reporting International (DRI) works to improve public understanding of the rule of law in the EU as part of the re:constitution programme funded by Stiftung Mercator. Sign-up to DRI’s newsletter and follow us on Facebook and Twitter to find out more about the rule of law in EuropePhoto credit: Cheep