Lebanon’s adoption of an Access to Information (ATI) law in 2017 was a breakthrough that redefined the relationship between citizens and state institutions. This is especially true for local authorities, the elected bodies that are closest to people. According to this law, all public bodies are required to publish data including budgets, decisions, financial reports and completed tenders as well as ministerial decrees, circulars, and enforcement regulations. The law does exempt the publication of sensitive information pertaining to national security, foreign relations, personal data, and trade secrets. The successful implementation of ATI is an opportunity to fight corruption, improve accountability and strengthen transparency.

At least, that is the theory. In practice, Lebanese institutions need to renew their efforts to implement ATI and enact change on the ground.

Afflicted by serious levels of corruption, Lebanon scored 28/100 over seven consecutive years on the Global Corruption Perception Index, ranking 137th out of 180 countries in 2019. This situation can only improve if ATI and anti-corruption laws are strictly implemented, helping restore trust between government and citizens.

In October 2019, hundreds of thousands rallied against Lebanon’s political class, demanding radical reforms during months of protest. This led the Lebanese government to finally adopt a National Anti-Corruption Strategy after a 10-year delay. It was to be followed by the appointment of a National Anti-Corruption Commission in August 2020, but the appointment decree, as well as many other tools and mechanisms to ensure public integrity and accountability, are still lacking.

Nevertheless, even without these mechanisms, the ATI law can be used to advance Lebanon’s anti-corruption efforts. It calls for the sharing of public information using online tools and platforms, the publication of the rationale of laws, decrees and decisions, the publication of annual activity reports and expenditure reports, the appointment of Information Officers in public administrations, and the right to privacy regarding private information.

How do the central and local governments compare?

Since 2017, the Gherbal Initiative (GI) and Democracy Reporting International (DRI) have tested the implementation of ATI in central and local government authorities (see attachments below). In fact, the results showed that only 31% of the central government’s bodies responded to requests for information and only 45% of those did so within the legal deadline. The highest state authorities, including the offices of the president, the prime minister, and the speaker of the parliament, did not comply with ATI.

DRI’s survey results show a discrepancy between what is declared and what is practised. Half of the municipalities and all unions stated that they publish all the needed information in compliance with ATI law. In practice, local authorities prefer to provide selective information on an ad hoc basis. Municipal unions publish only 10% of the information relating to budgets and decisions. These numbers may reflect that most unions do not view the law positively (only 12% do so).

Why hasn’t the ATI been fully implemented yet?

Central and local government administrations have cited several arguments for the non-implementation of ATI. Officials claim that:

To implement the ATI law, immediate measures are needed, starting with the establishment of the National Anti-Corruption Commission on 21 April 2020 with the necessary powers and resources to be fully operational. The government should also make resolutions to strengthen the role of oversight and judicial bodies to ensure public accountability and integrity. This should go hand in hand with a new law on the independence of the judiciary and fundamental reform of the public procurement framework, in line with the recommendations of the International Monetary Fund and the International Support Group for Lebanon (formed in the wake of the April 2018 CEDRE conference).

What does DRI recommend?

DRI is contributing to these efforts by supporting ongoing legislation on these core issues, in addition to providing capacity-building on ATI to municipal officials and local community actors.

The introduction of e-governance and Information and Communications Technology (ICT) systems is another necessary reform to boost the administrative efficiency of the civil service, along the lines of Lebanon’s Digital Transformation Strategy, adopted by the Office of the Minister of State for Administrative Reform (OMSAR) in 2018. To be successful, a national competence development programme should be enforced, in partnership with Lebanon’s civil society organisations and the private sector.

The solutions to these problems are well known. What is now needed is the political will to effectively implement these changes and address the corruption that has kept the country back. Despite the crippling effects of the covid-19 pandemic and the unfolding financial and economic crisis, Lebanon should not miss the powerful momentum for reform triggered by the October 2019 protests. 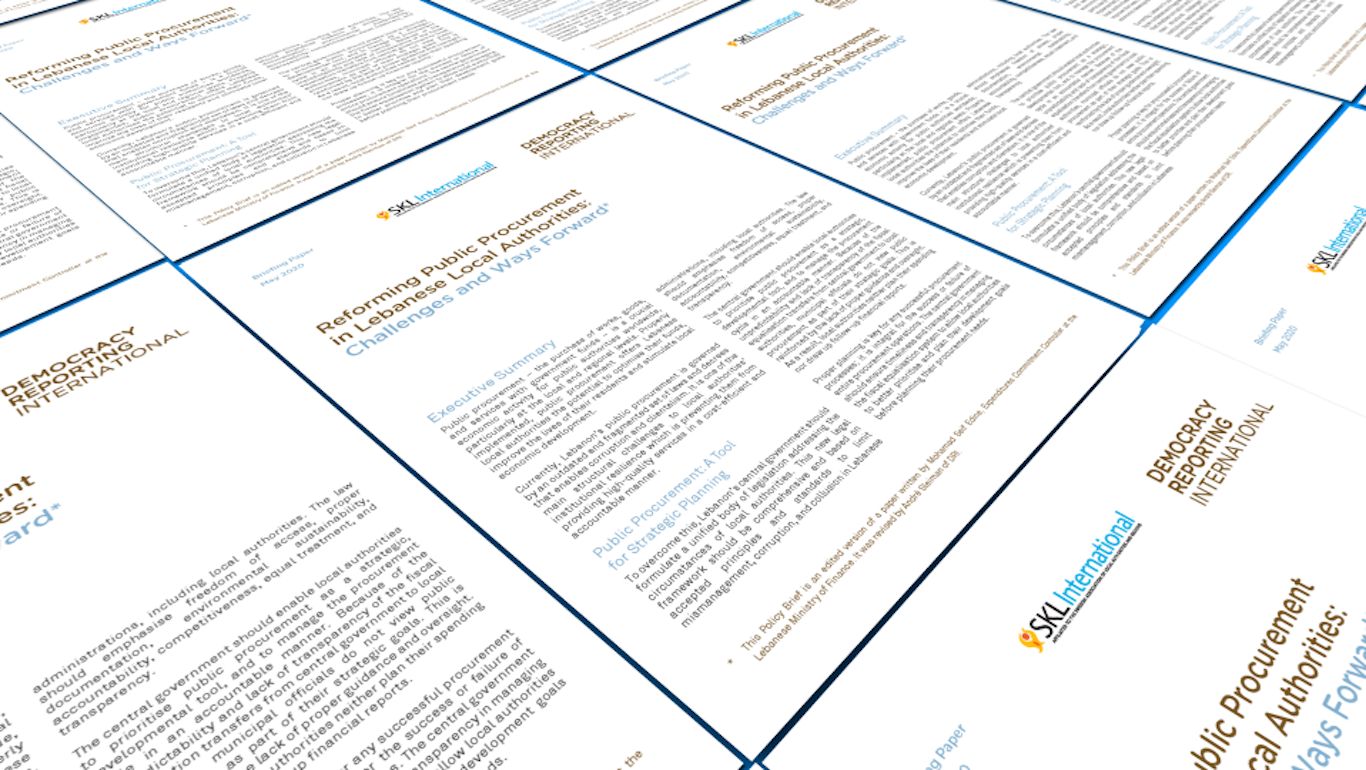 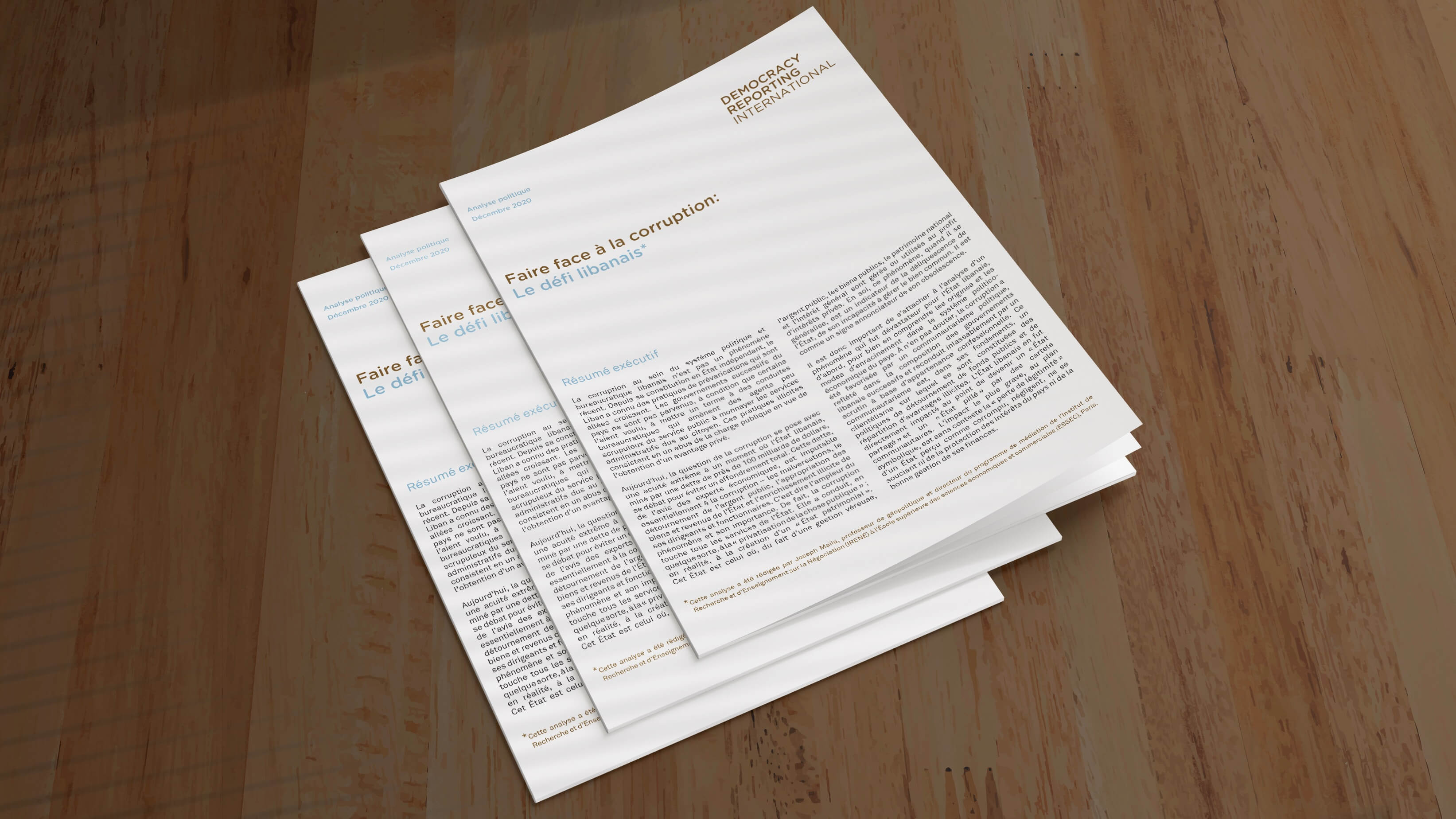 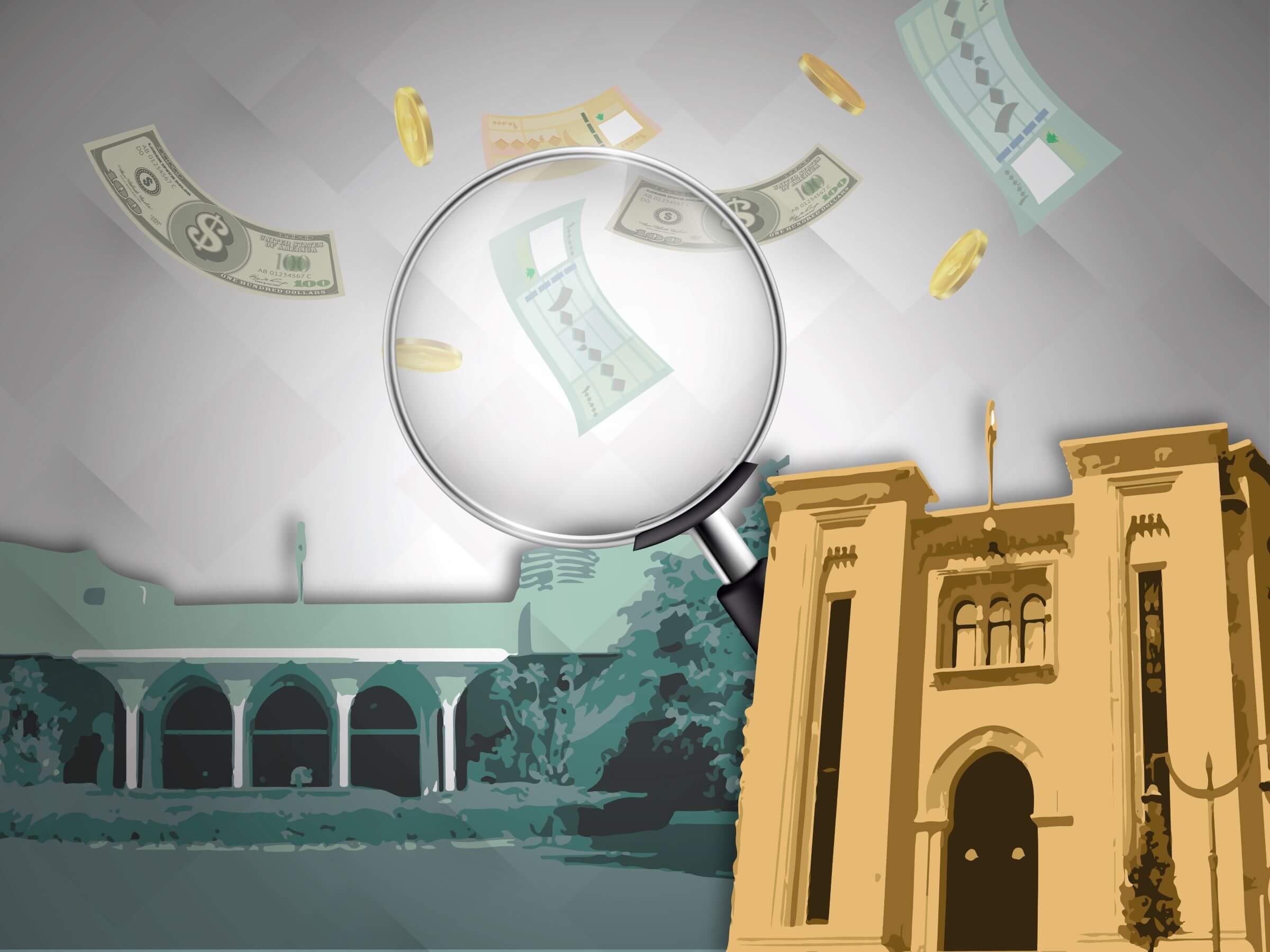 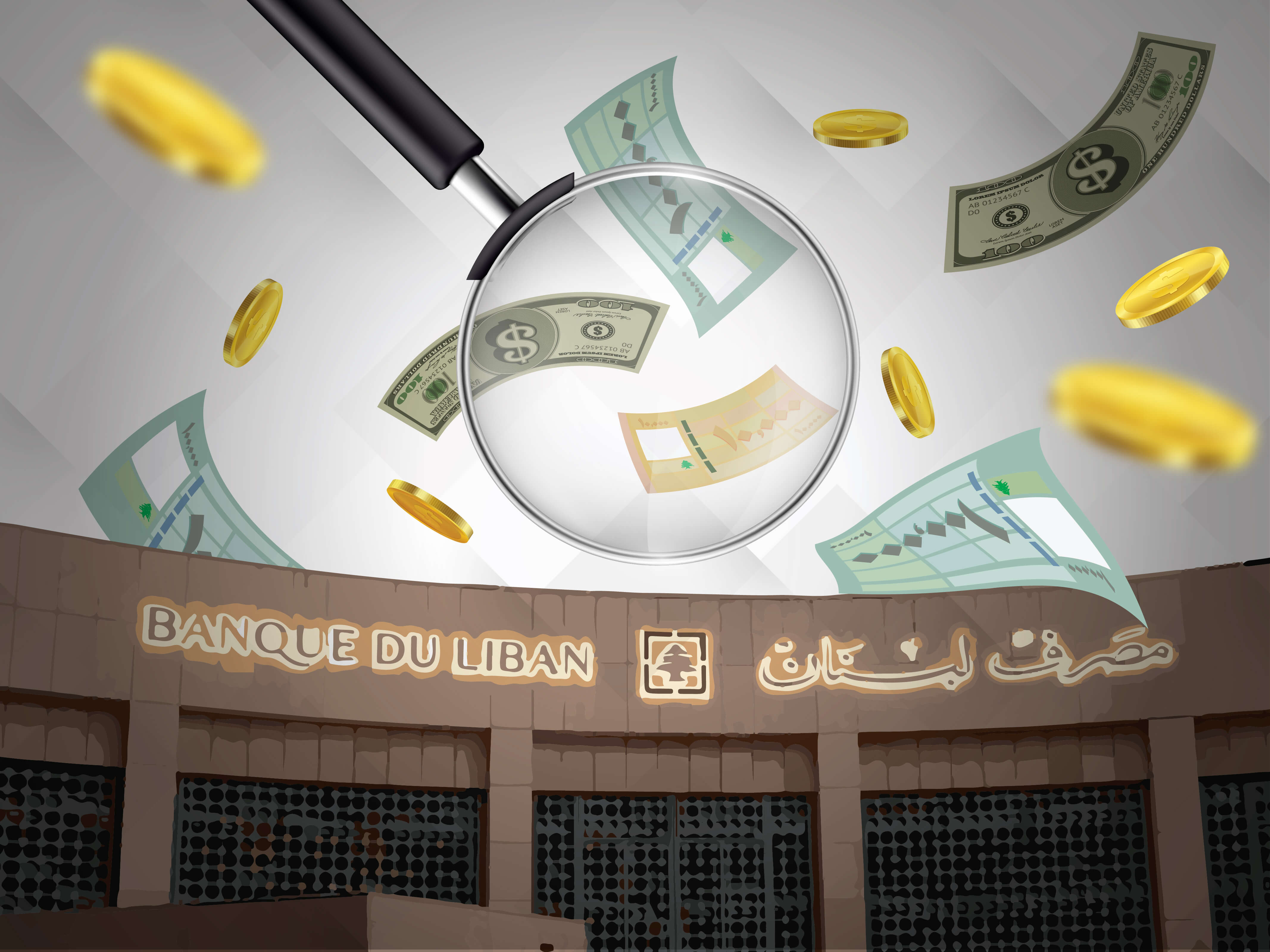 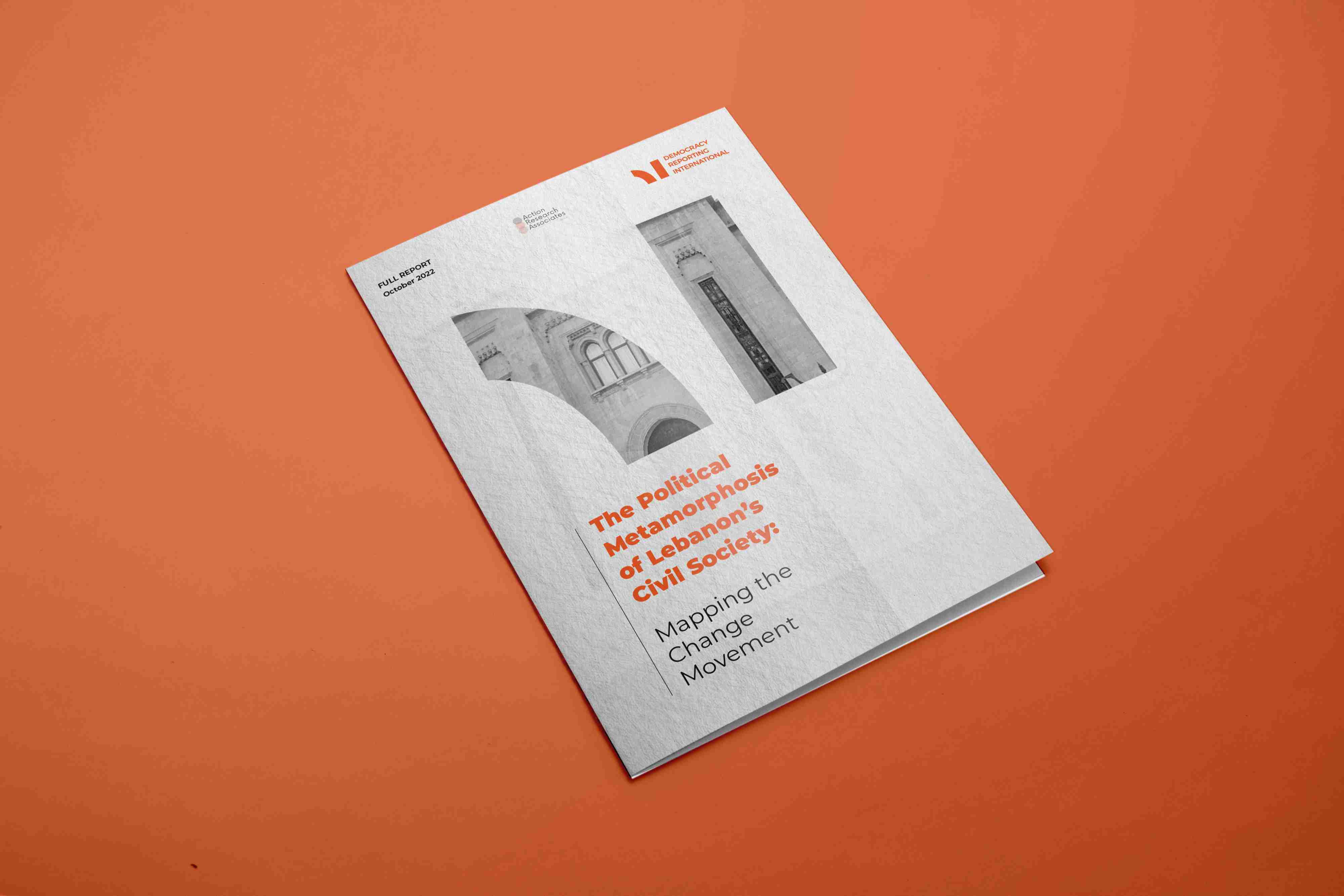