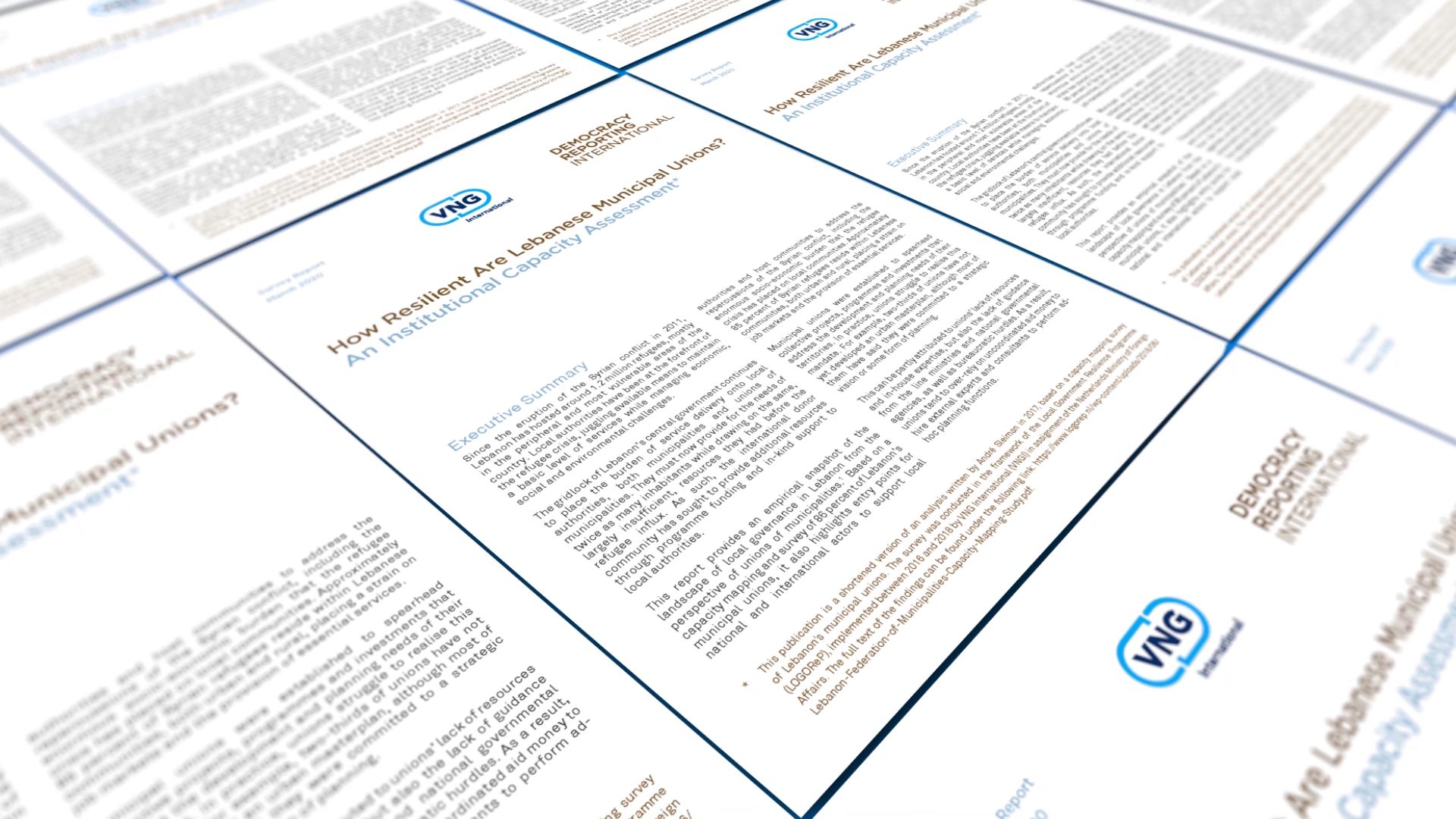 How resilient are Lebanese Municipal Unions?

A short Analysis of the institutional capacities of municipal unions in Lebanon by André Sleiman, Democracy Reporting International Lebanon.

The gridlock of Lebanon’s central government is placing the burden of service delivery onto local authorities, both municipalities and unions of municipalities. Since the eruption of the Syrian conflict in 2011 and the influx of around 1.2 million refugees into Lebanon, local authorities have had to meet the needs of twice as many inhabitants using the same, largely insufficient, resources they had before.

This report provides a snapshot of the landscape of local governance in Lebanon from the perspective of unions of municipalities, based on a survey of 86% of Lebanon’s municipal unions. It highlights entry points for national and international actors to support local authorities and host communities to address the repercussions of the Syrian conflict, including the enormous socio-economic burden that the refugee crisis has placed on local communities.

The analysis addresses the challenges facing municipal unions, starting from their weak administrative bodies to their lack of fund and human labour. It assesses the organisational structures of unions, their responsibilities, financial capacities, and the use of revenues in annual planning.

You can read and download the survey report in English and in Arabic.