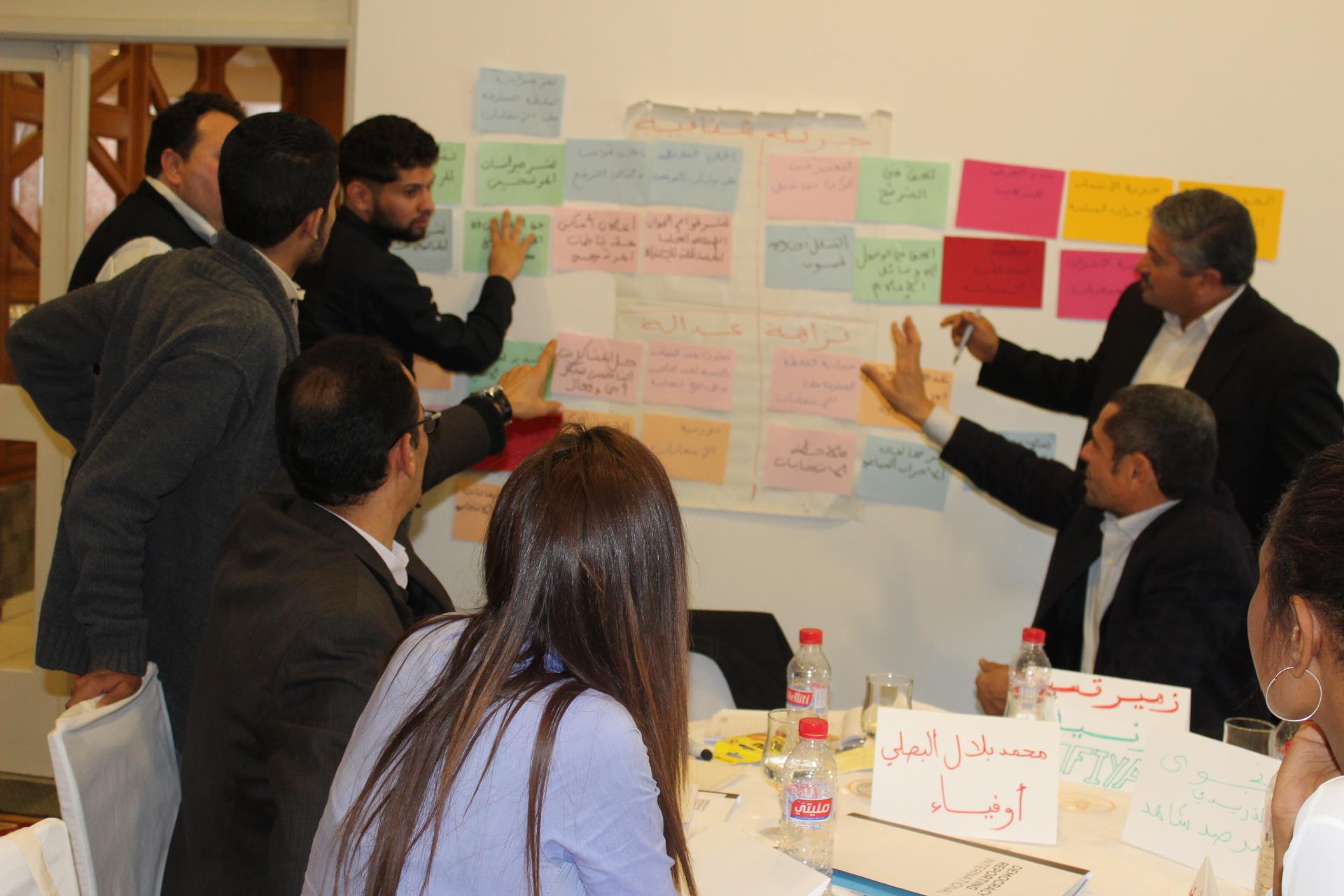 Tunisians Gear Up for Municipal Elections

Tunisia’s first municipal elections since the overthrow of Ben-Ali in 2011 have been confirmed for 6 May 2018, after having been postponed twice. The date was agreed by consensus between the main political parties. While the timing was much debated by politicians and the drafting of the required decentralisation law progressed only slowly, citizens, judges and journalists have started preparing the ground. They hope that the local elections will give a boost to the democratic transition which has turned out to be protracted, with many Tunisians disappointed by the lack of economic development.

Over the past year, DRI Tunisia worked with these groups and trained more than 760 domestic election observers, civil society activists, judges and attorneys, members of parliament and journalists, in order to create an environment that is favourable to the upcoming elections and the effort to devolve power from the capital Tunis to the municipalities.

“Local elections will impact the lives of the people, especially in terms of the everyday services. We want to make sure that elections are conducted with respect to the legal framework and the electoral norms”, said Mohammad Khasawneh, an election expert, during a training session on electoral campaign financing for civil society partners.

The training was delivered as a part of a series of trainings and workshops organised by DRI, which included subjects such as election observation and monitoring of campaign financing, the revised electoral framework and the draft decentralisation law, as well as report drafting and communication techniques. “The trainings helped us to build an expertise on the topic, while the practical workshops on writing electoral observation reports or communicating with the media enabled us to share our findings with a greater public, says Naceur Harrabi, the Executive Director of the partner organisation “Observatoire Chahed”.

More than 26 training sessions were organised in all 24 regions of Tunisia to empower a wide range of people. Despite the political uncertainty that surrounded the municipal elections for a long time, DRI’s partners were committed in their engagement for moving ahead with the decentralisation process and establishing a more equitable political representation at the local level.

DRI’s support to organisational and institutional partners comes as part of its endeavour to support the implementation of the 2014 Constitution and putting into place the decentralised governance mechanisms promised by the draft decentralisation law. The above-mentioned activities were realised with the support of the German Federal Foreign Office and the Swiss Federal Department of Foreign Affairs.