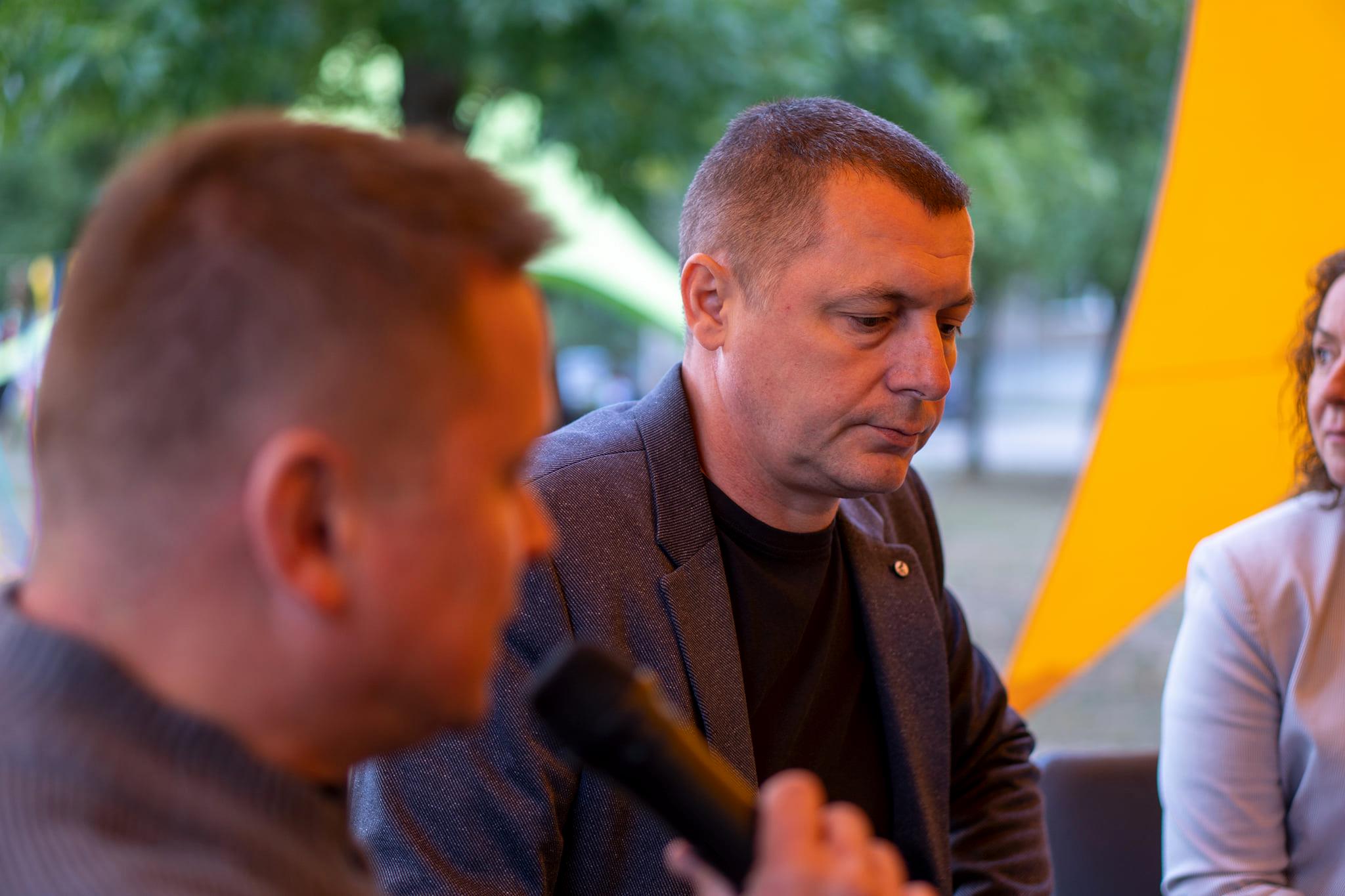 The roundtable took place on 4 September in Severodonetsk, Luhansk region, in the framework of the ‘Opinion Festival’, which is a magnet for people from all over Ukraine and an opportunity to develop the region through an interesting cultural and educational event, discussions and a joint search for effective solutions to existing challenges.


The roundtable was focused on the health care reform and its local dimension. Under the moderation of Konstantyn Reutsky, Executive Director of ‘Vostok SOS’ – an organization that has conducted a lot of research on the quality of medical services in eastern Ukraine, representatives of the local authorities, ‘patient’ organizations and doctors discussed health care reform and its implementation in Severodonetsk. The head of the Health Department of the Luhansk Regional State Administration Yuriy Stogniev spoke about the essence of the health care reform. At the same time, Lyudmyla Lomonos, Deputy General Director of Severodonetsk City Multidisciplinary Hospital, and Yevhen Topchayev, Head of the regional department of the Charitable Foundation ‘100% Life’, spoke about the challenges for the region's health care system from the point of view of doctors and patients, respectively.


The speakers of the round table managed to answer a number of questions from the audience regarding the health care reform and the further development of healthcare in the region. As a result of the discussion, participants managed to direct a lot of negative emotions into a constructive direction and hold a fact-based discussion, which resulted in finding a common denominator in understanding the health care reform.


Yuriy Stogniev, the Head of the Health Department of the Luhansk Regional State Administration, stressed that since Severodonetsk has become the center of amalgamated hromada (territorial community), the local health care system has problems with covering small cities and villages nearby with good medical services. Basically, the resources of the system do not keep up with administrative changes.


Yevhen Topchayev admitted that a lot of patients are misinformed by the pro-Russian political parties about the essence of the health care reform in Ukraine, as a result, they attribute to the reform those characteristics which it is not endowed with. Lyudmyla Lomonos emphasized that even doctors are not always familiar what technical procedures they should follow, but at the same time, they feel that some conditions have improved.