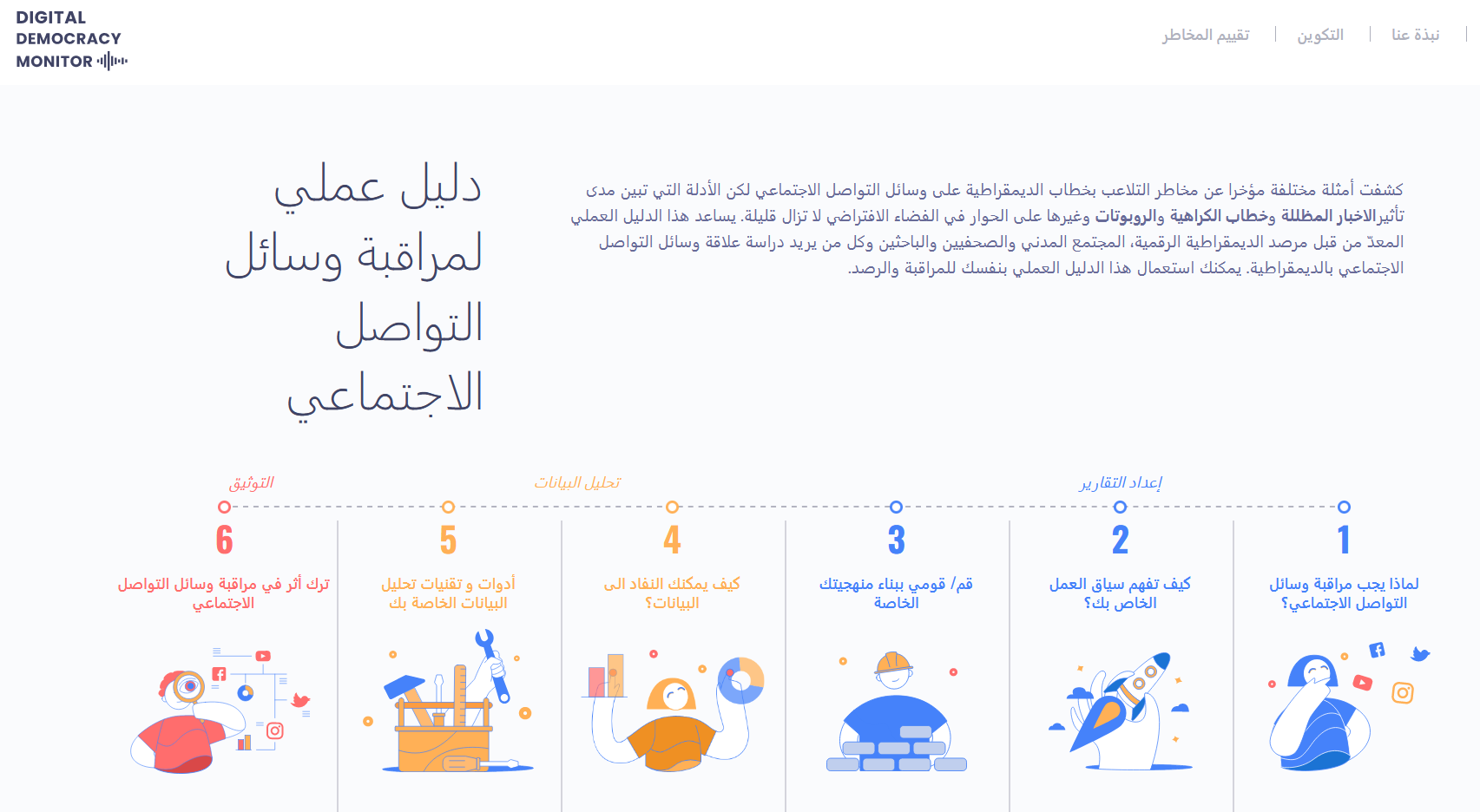 Monitoring social media in Arabic with our Digital Democracy Monitor

On 27 April, Democracy Reporting International (DRI) presented the Arabic version of its social media monitoring toolkit, one of the few of its kind in this language.

The toolkit, developed under the framework of its project on countering online disinformation and hate speech in the MENA region, Words Matter/الكلمة تفرق, offers a clear set of steps that organisations should follow when analysing content on social media. This process can help track hate speech or disinformation campaigns, which are often drivers of an unhealthy and undemocratic public discourse on the web.

With the toolkit’s help, the Maharat Foundation, DRI’s partner in this project, has been monitoring social media to analyse online public discourse in the upcoming parliamentary elections in Lebanon, which will take place on 15 May.

The online round table was attended by about 30 people from various Arab countries (Tunisia, Libya, Lebanon, Jordan, Sudan), representatives of DRI’s partner associations in this project, as well as representatives of several international and regional organisations, media institutions, researchers and experts working in the social media monitoring field.

Here are some excerpts from the conversations on the social media monitoring toolkit and its use in the Lebanese elections:

Are there electronic armies in Lebanon?  (Rayan Shaya expert from Lebanon)

"There are not many groups that would fit this description but those that exist have a large number of followers. Many of them work more on WhatsApp than on other platforms. The groups are organised and work with political parties. They launch hashtags for digital campaigns or sometimes as a quick reaction to a political statement or announcement on TV. The groups don't have enough experience to assume that they are paid by foreign states. They mostly focus on political propaganda or attacking one party against another. But if they gain more experience in the future, they can certainly be considered electronic armies."  (Hussein Cherif, Maharat Foundation, Lebanon)

How much human resources are required to monitor social media using your tools? Will we only need analysts and statisticians to prepare the report?  (Asia Jaafar, Editor-in-chief at the Libyan Independent Media Organization & Executive Director of the Azza Center for Professional Media, Sudan)

"If we did the monitoring process only automatically, it would be considered incomplete. The human element is essential."  (Wafaa Haikel, Social Media Expert, Democracy Reporting International)

"There is no tool that can cover all the monitoring, we always need a team to analyse the collected data. But we don't need many observers since the tools have already done most of the monitoring work."  (Hussein Cherif, Maharat Foundation)

In the digital rights spaces, we always talk about the automation of supervision limits for the Standard Arabic language’s content and its various dialects in the region. Does that also apply to social media monitoring tools?  (Rima Sghayer, Senior Program Manager, Team CommUNITY @ ARTICLE 19)

"We have also noticed that Facebook and other social networks do not take different Arabic dialects or variations into consideration enough. The techniques that are used are not very precise, so they cannot judge, for example, if the content contains hate speech."  (Makrem Dhifalli, Data Analyst Expert, Democracy Reporting International) 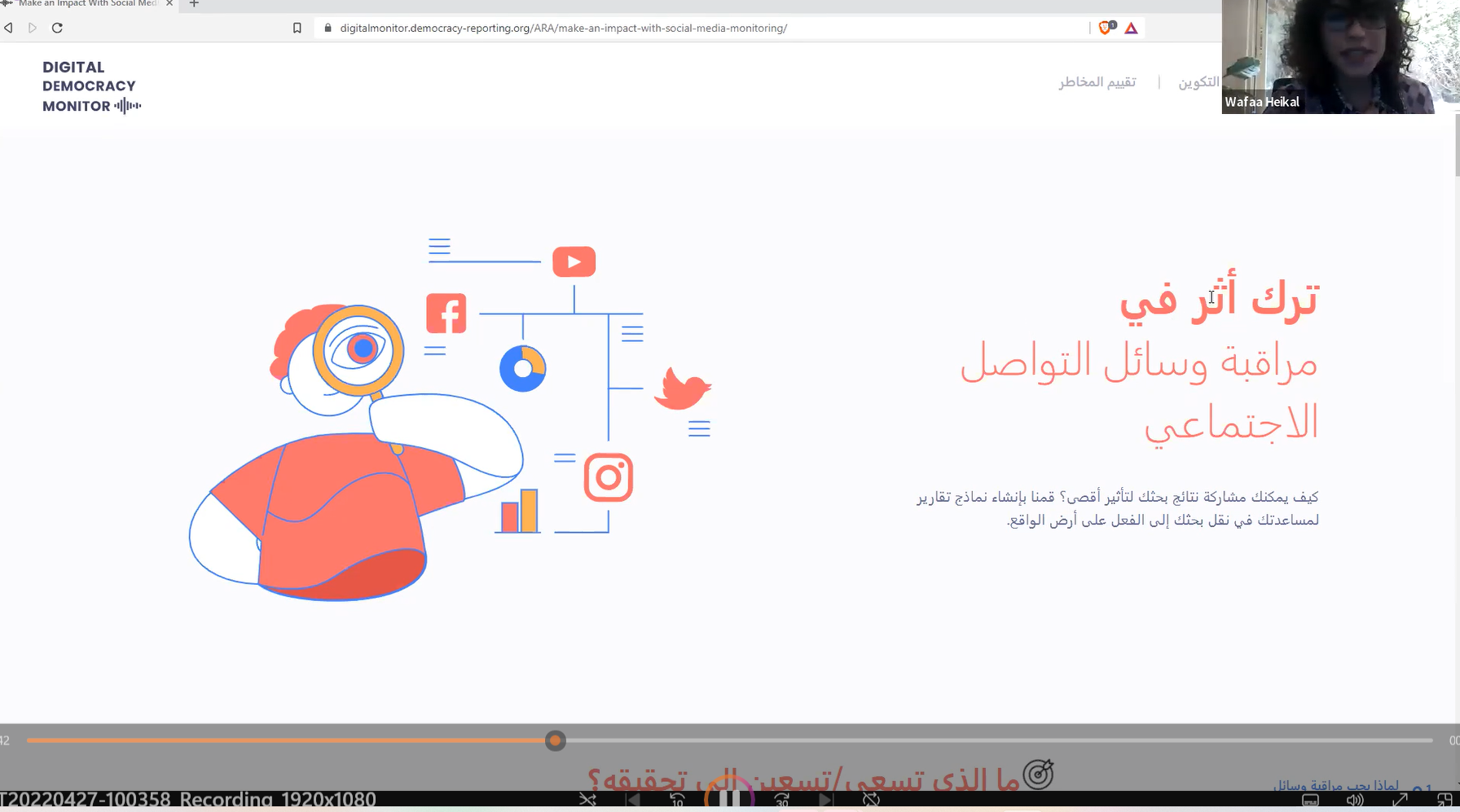 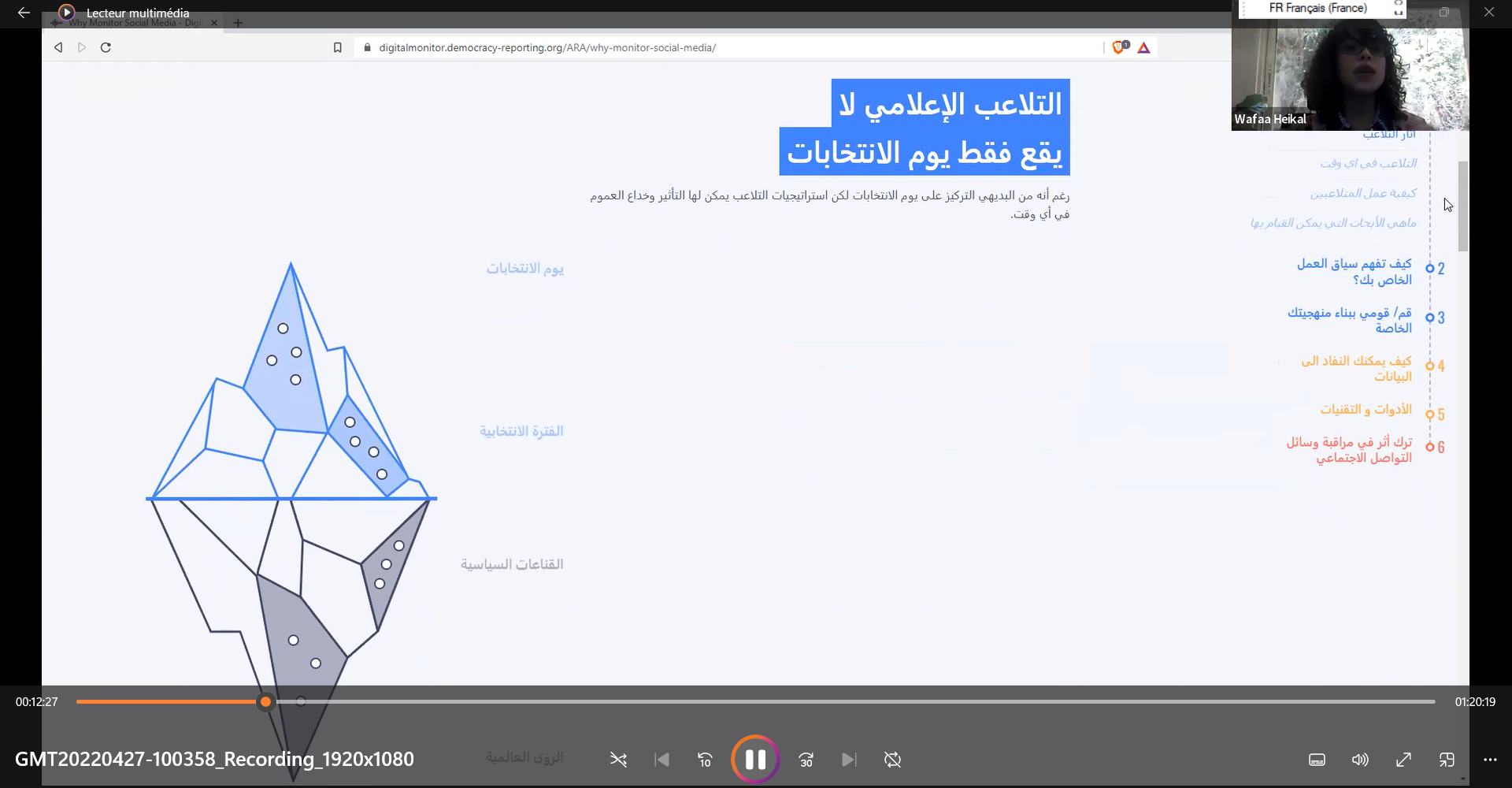 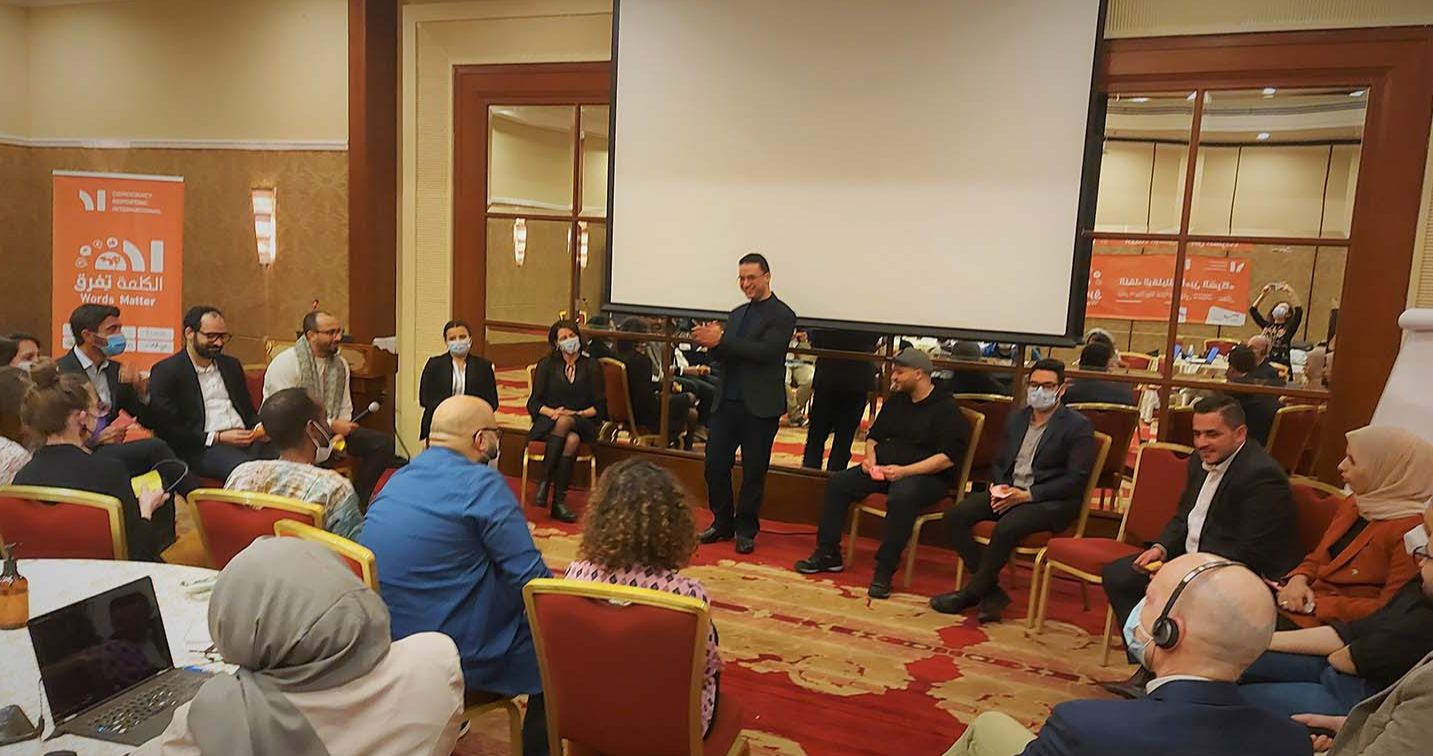