The full-scale Russian attack on Ukraine led to the complete upending of the European Union’s relationship with its eastern neighbours. Within a few months, political and legal developments previously thought impossible happened – Ukraine became a candidate for joining the EU, while the Union itself made use of tools such as the Temporary Protection Directive and the European Peace Facility to facilitate the influx of refugees and provide humanitarian and military support for Ukraine.

At the same time, the EU has a rule of law crisis, manifested primarily in Hungary and Poland. These two countries have responded to the Russian invasion in diametrically different ways, with Poland providing Ukraine with outstanding military and humanitarian support, while Hungary keeps a low profile and maintains perhaps the warmest relations with Russia of all EU Member States. Unfortunately, these trajectories collide with the European Commission’s ongoing attempts to counter the rule of law backsliding in both countries, complicating the already difficult situation.

Other actions by the European Union that raise rule of law related questions are the sanctions introduced against various individuals and organisations in Russia but also within the EU. Some of these sanctions have been challenged before the CJEU, and while the Court’s first decisions concerning Russia Today point to deference to the security argument by the CJEU, new cases that will soon see Luxembourg examine the validity of sanctioning individuals who do not directly represent the Russian government over the actions of Kremlin.

The EU also takes action against the Russian dis- and misinformation and the extensive information war that plays out primarily on social media. With the extent of Russian attempts to destabilise European societies and sway EU citizens towards the Russian point of view now fully manifest, the question arises as to whether and how these efforts have been successful and whether the tools the EU has used so far are fully compliant with the standards of the rule of law and fundamental rights.

While Ukraine gears up for a long run towards EU membership, multiple issues related to the rule of law situation in the country emerge. Not unlike some EU Member States, Ukraine faces challenges related to the independence and governance of the judiciary, including its constitutional court, and with the implementation of ECtHR judgements. Unlike most EU Member States, it also faces the need to ratify and implement multiple international human rights instruments. The European Commission has issued several additional pre-accession recommendations to Ukraine with a view towards resolving issues related to corruption, the influence of oligarchs, media law and its legal framework regarding minorities. These obstacles are separate from the regular set of requirements set out in the Copenhagen criteria, which in and of itself will be challenging for a country at war to meet.

This series of articles on Ukraine, the EU and the rule of law has been prepared by DRI and Verfassungsblog under the re:constitution programme and with Stiftung Mercator's support.

1 - Will Russia’s War Kill the Rule of Law in Ukraine and Europe? by Lyal Sunga

We kick off with a contribution by Lyal Sunga, tackling an important topic that might not be something one instinctively thinks of when discussing Ukraine’s wartime application to join the EU, namely the question of whether war crimes jeopardise Ukraine’s membership bid. Lyal looks at Ukraine’s complicated relationship with the International Criminal Court and how the EU’s policy towards the ICC and core values of human rights and the rule of law informs Ukraine’s application. Thinking ahead of what could become a significant hurdle in accession negotiations, he tries to assess whether war crimes committed in Ukrainian territory jeopardise Ukraine’s attempt to join the EU.

2 - EU-Ukraine sanctions: Is it time for deeper convergence? by Bohdan Bernatskyi

Our next article by Bohdan Bernatskyi focuses on the topic of sanctions against Russia and the interaction between EU and Ukraine in this field. As Ukraine aspires to join the EU and will likely increasingly align itself with EU’s Common Foreign and Security Policy, a question emerges as to what extent and how EU and Ukraine should converge on the topic of sanctions. Bohdan assesses what legal forms could such convergence take and whether Ukraine should align itself with all EU sanctions, being mindful of potential differences in the impact of sanctions on 27 EU Member States and Ukraine. Finally, he attempts to figure out what the sanctions topic means for Ukraine’s integration with the EU and its candidate status.

3 - Judicial scrutiny and EU Sanctions against individuals by Niall Moran

The issue of sanctions is also the subject of a contribution by Niall Moran. He focuses on EU sanctions against individuals and judicial scrutiny over those. A colourful slate of individuals targeted by the sanctions, including the media outlet Russia Today and the head of PMC Wagner Yevgeniy Prigozhin, are challenging EU sanctions before the European Court of Justice, and questions arise as to the possibility of overturning these sanctions and the role of ECJ – questions which Niall examines in his article. Niall tries to answer the burning question of whether these challenges have any substantial chance of upending the EU’s attempt to sanction people and companies co-responsible for the war.

Our third piece on sanctions by Yuliya Miadzvetskaya tackles another topic that easily falls by the wayside of discussions on actions against Russian entities, namely the EU’s dilemma with sanctioning Belarus and Belarusian individuals. While not fully a co-belligerent in the war, Belarus has provided Russia with massive assistance, including allowing Russian armed forces to operate on its territory and launch a ground assault across its border with Ukraine. Yuliya examines whether Belarus can be treated as a co-aggressor, how to delineate between the Belarusian regime and its citizens, and what the consequences of EU sanctions for Belarus could be. Finally, she looks into one of the most difficult challenges for EU’s foreign policy, namely that of potentially decoupling Belarus from Russia.

5 - Judicial Reform in Times of War by Halyna Chyzhyk

Ukraine’s accession to the EU invokes the immediate question on what the necessary reforms for the country are to fulfil the Copenhagen criteria for joining the Union. Halyna Chyzhyk looks into where Ukraine was in the area of judicial reforms when the war erupted and examines what areas of the judiciary require strengthening towards ensuring that the country will be able to meet the requirements of the accession process. Halyna in particular examines the question of judicial self-governance and what impact it has on the independence of judges and their accountability, with interesting implications for the ongoing debate on whether judicial councils are the optimal solution for protecting judges from undue influences.

Roman Petrov in his contribution notices another important emergent question: How do Ukraine’s European aspirations figure into the emergent initiative that is European Political Community? The emergent new forum for European political cooperation, one that includes a wider slate of countries featuring some states vital for Ukraine’s interests, such as the United Kingdom and Turkey, could play an important role in Ukraine’s attempts to join the EU, Roman argues. He examines the practical implications of the EPC for the accession process, and how the French initiative of broadening European political could influence the dynamics between Ukraine and EU.

7 - Getting Ready by Nicolai von Ondarza

The topic of Ukraine’s integration is explored further by Nicolai Von Ondarza who investigates the potential impact of Ukraine’s accession on the composition and functioning of core EU bodies. Its potential entry into the EU would result in an expansion of the European Parliament, impact the majority voting procedures in the Council and lead to an expansion of the European Commission. Nicolai examines the consequences for these three bodies and contributes to the ongoing discussion on their reform and strengthening them, highlighting the opportunity that Ukraine’s accession brings to potentially push the needle on EU’s internal reform.

The next part of our debate is dedicated to Democracy Reporting International, the debate partner, with their input kicking off with a paper by Jan Nicola Beyer and Beatriz Almeida Saab on Russian disinformation as a tool of war and EU’s attempts to counter it. In their piece, Jan and Beatriz, members of DRI’s Digital Democracy unit, look at the ways Russia employs multi-faceted disinformation, highlighting the varied channels and ways of spreading it and aiming at particularly attractive groups of audience. DRI’s disinfo experts warn about the danger of “tunnel vision” when assessing the Russian disinfo and coming up with effective ways to counter it.

9 - Unexpected Complications: The impact of the Russian invasion of Ukraine on the rule of law crisis in the EU by Jakub Jaraczewski

The Democracy Reporting International part of our debate wraps up with a contribution by Jakub Jaraczewski on how the war has impacted EU’s travails with the rule of law in Hungary and Poland. Russia’s full-scale invasion of Ukraine has upended the dynamic between the European Commission and those two Member States. The Commission was suddenly faced with a tough question: how far can it push on the rule of law front, especially with economic pressure, during wartime? These considerations were made none easier by the wildly different stances both countries took towards Russia and Ukraine. Jakub examines the dynamics of the war altering and influencing the rule of law crisis in the European Union and assesses the actions EU has taken to restore the rule of law in Warsaw and Budapest since February 2022.

The final beat of this debate comes from Anna Wójcik, who explores the impact of the war on the freedom of the media in Hungary and Poland, an area problematic even before the Russian assault on 24 February. With both countries featuring a significant degree of state-owned media pushing narratives meant to prop up what the government is doing, divergences arose as the Polish narrative closely followed the support for Ukraine and the Hungarian one matched the Russia-friendly approach of Budapest. Anna’s contribution examines how these factors fit into the broader problem of freedom of the media and journalists in both EU Member States, and how the EU should react to the deterioration of media pluralism there. 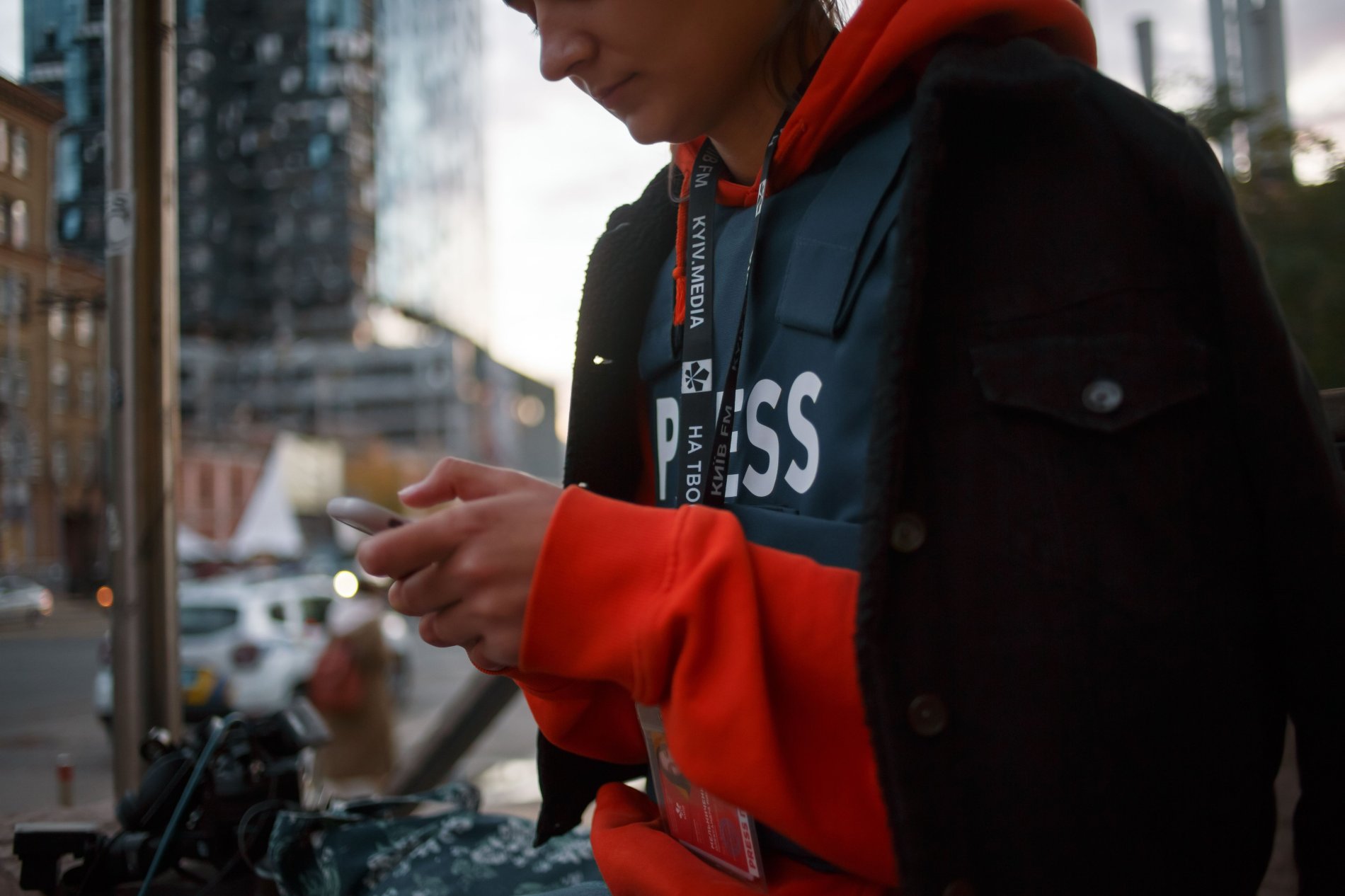 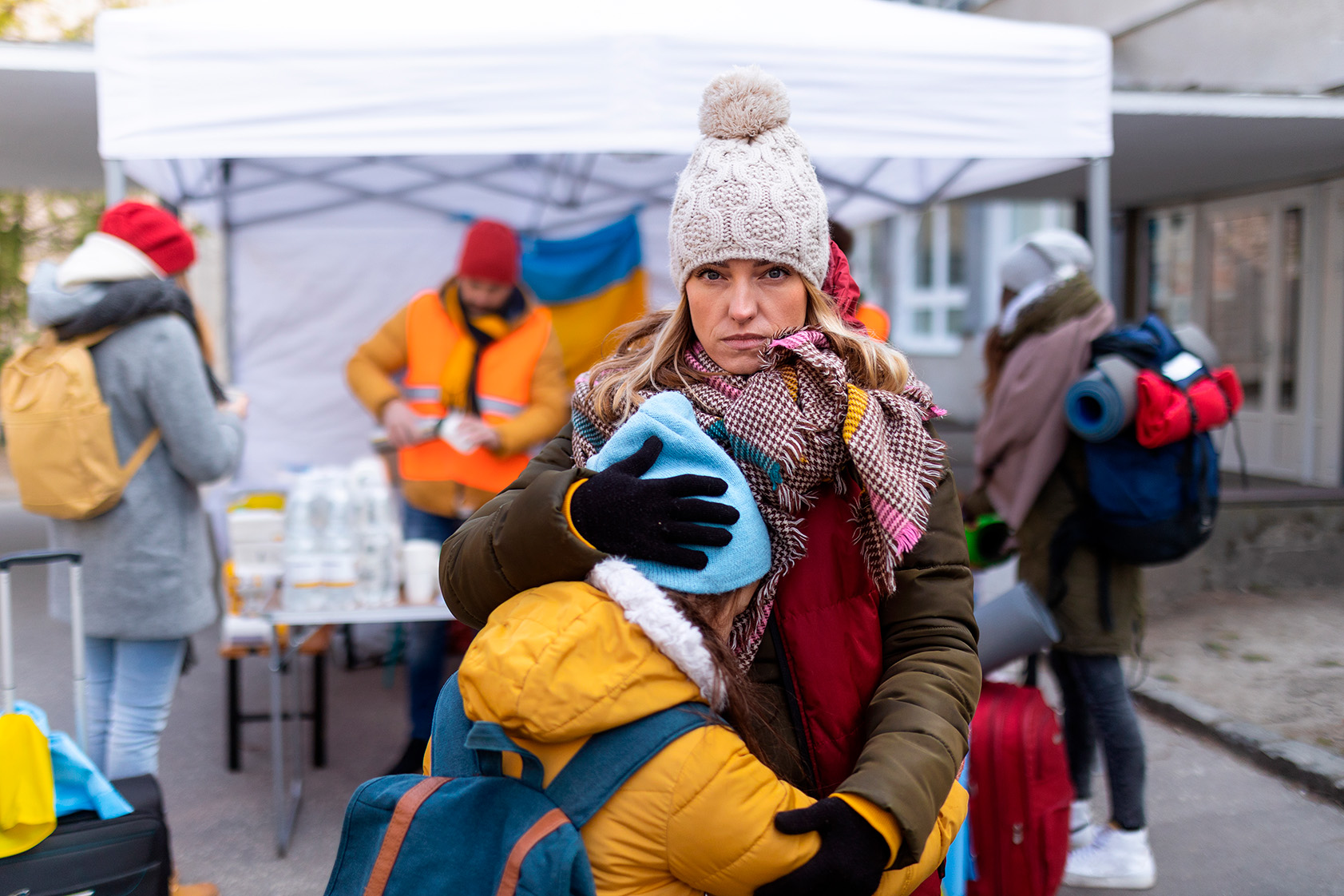 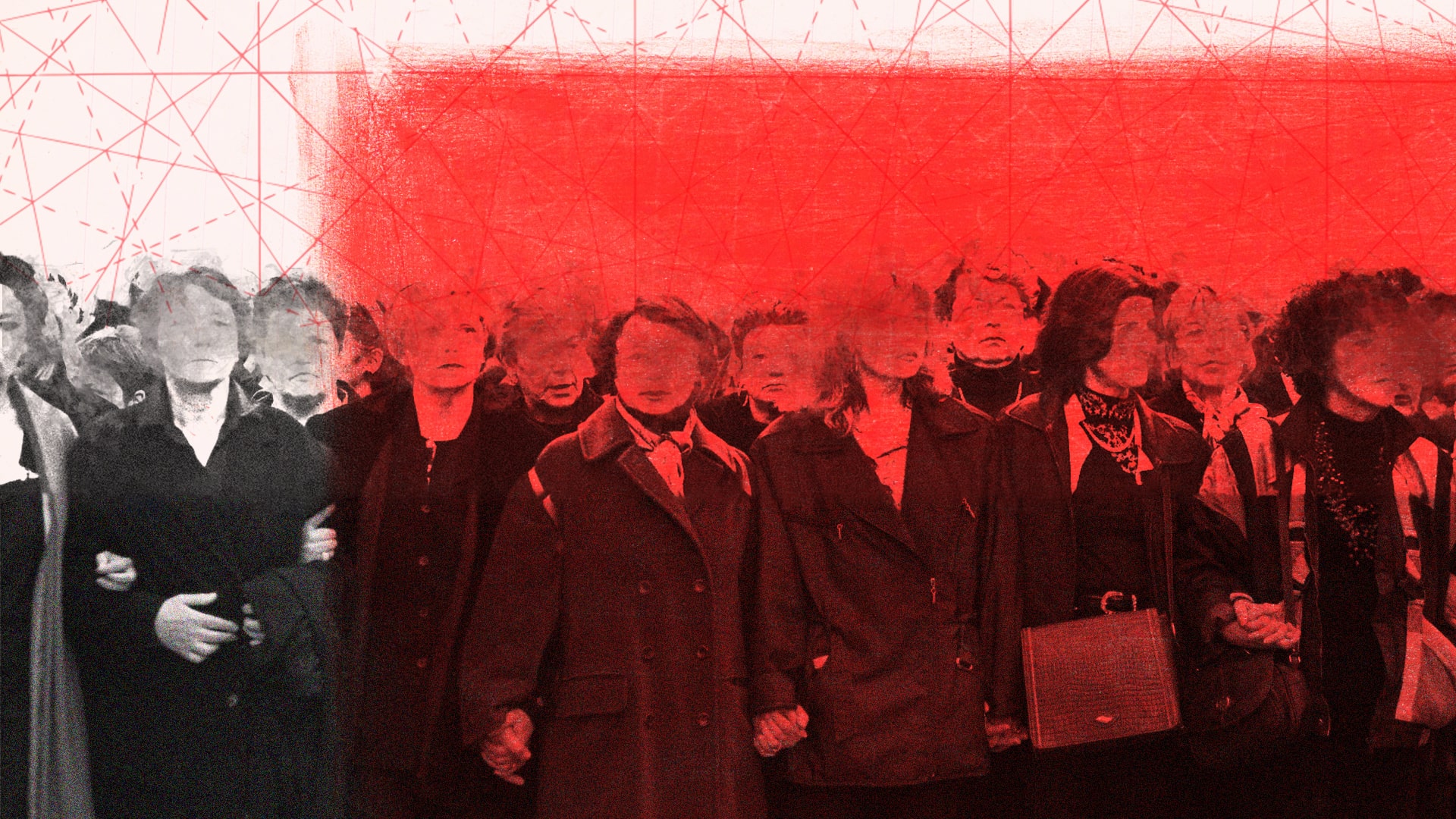 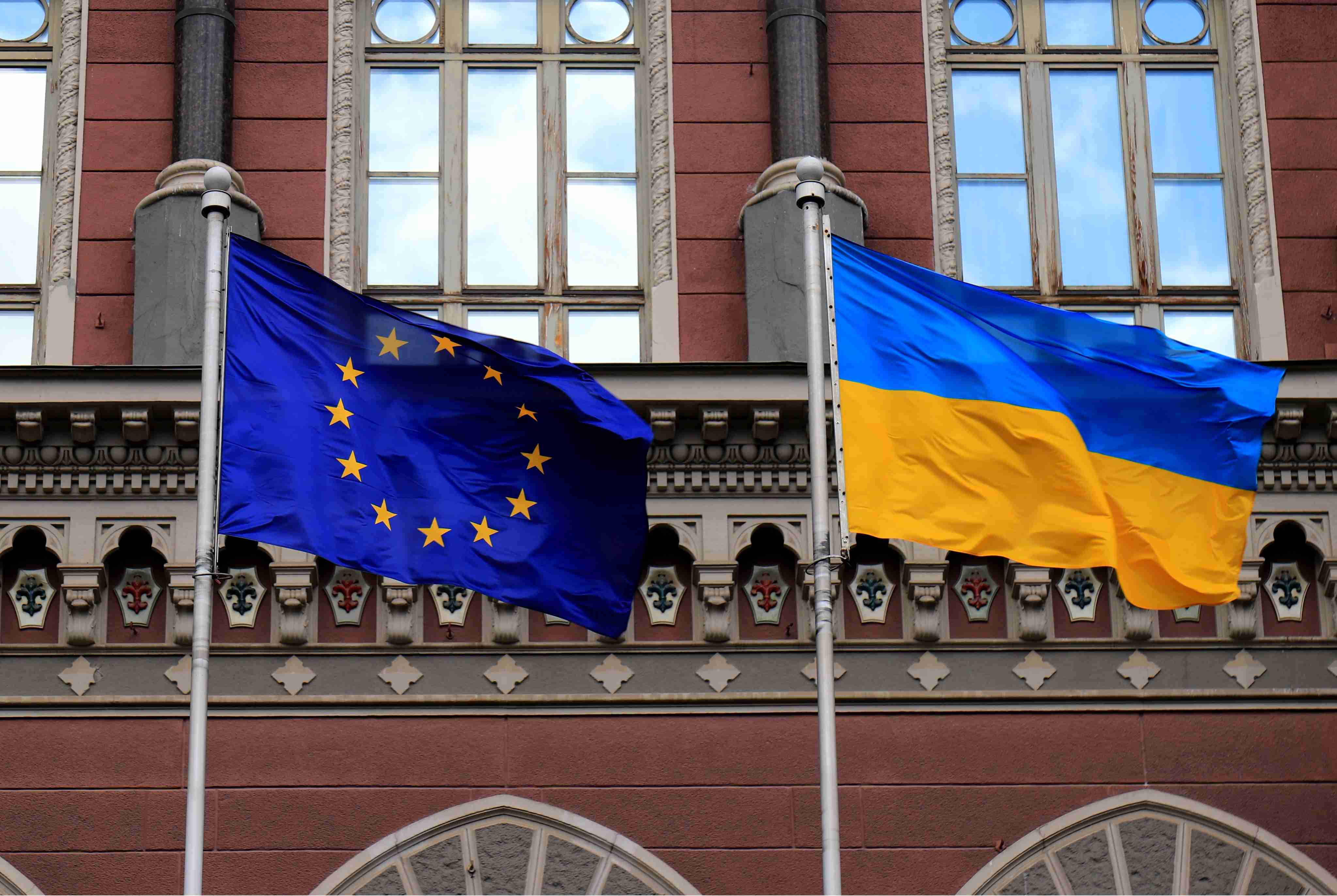 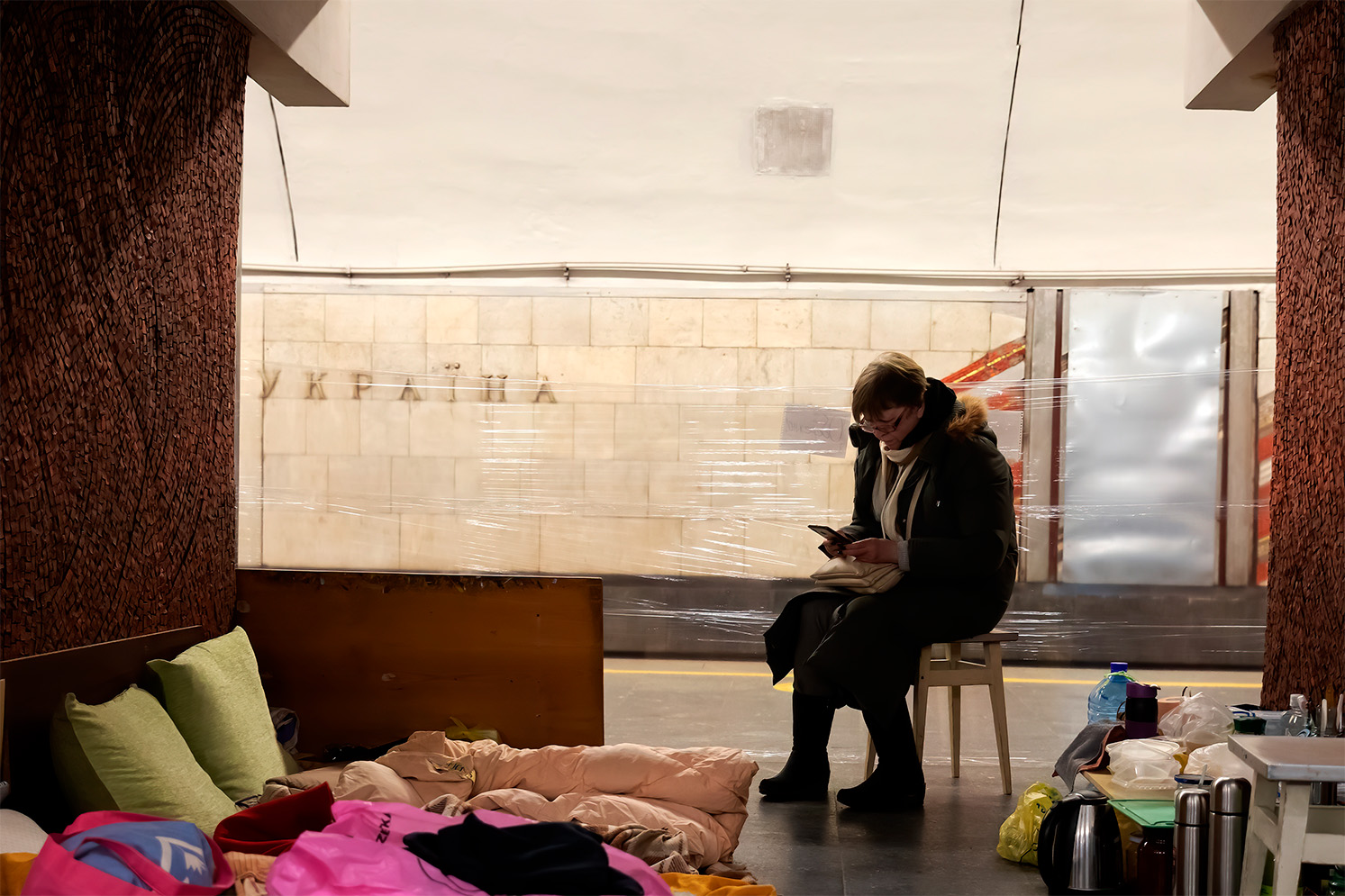 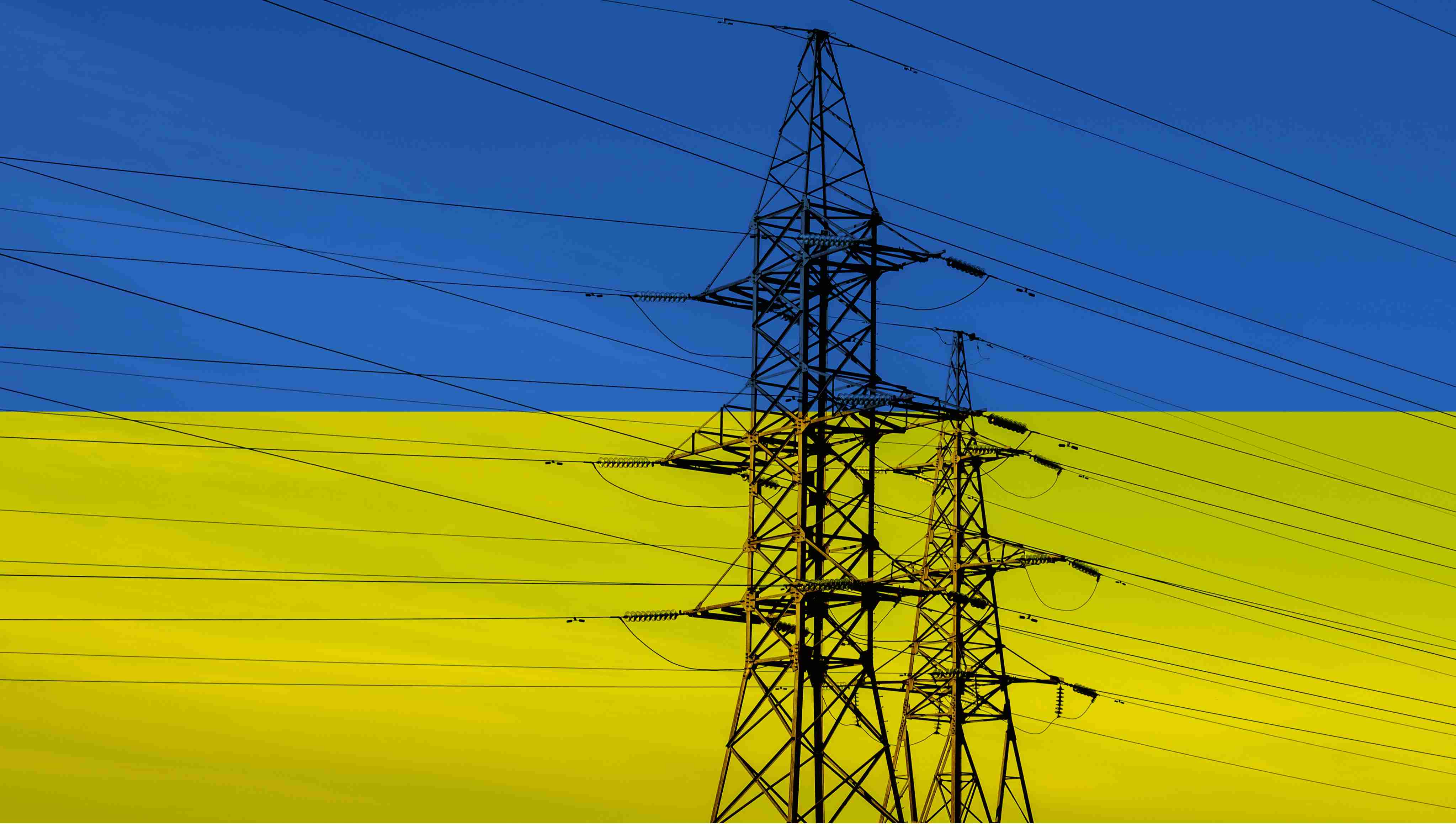